For those in love!

Make your significant one happy and smile this Valentine's day! Get a romantic Valentine's day present made of a real rose at an amazingly affordable price!

Albania is a country known for its unique art and culture and this is the focus of this website. 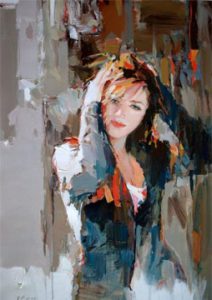 Albania is situated on the eastern shore of the Adriatic Sea with Montenegro, Serbia, Macedonia and Greece as neighbours. With a population under three million, Albania has a mountainous highland region to the north, east and south and a western coastal lowland region containing nearly all the country’s agricultural land and most of the population.

Albania has a turbulent past, with many influences incorporated into art and culture from invading countries. A part of Illyria in ancient times and later of the Roman Empire, Albania was ruled by the Byzantine Empire for seven centuries. An alliance of Albanian chiefs in the mid-fifteenth century failed to halt the advance of the Ottoman Empire and the country remained under Turkish rule for more than four centuries until it proclaimed its independence in November 1912.

Albania has two distinct cultural groups, the Ghegs in the north and Tosks in the south. Geographically divided by the River Shkumbin and with distinct dialects, their cultural differences are substantial, though both are proudly nationalist. With no common written language until 1972, Albanian’s have passed their heritage through epic rural songs, both nationalistic and lyrical in style. 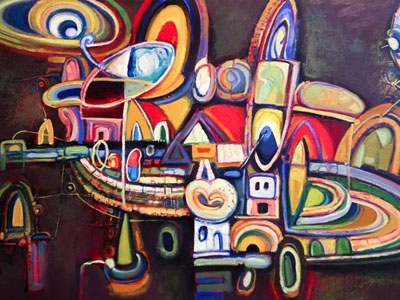 Most of the art during communist rule was socialist realism. This style continued after communism as Albanian artists wanted to inspire national pride in their countrymen. Today, Albanian artists continue to maintain a proud connection to their roots with contemporary music and arts with an international flavour.

In the communist era churches and mosques were destroyed and soviet symbolism and uniform high-rise blocks replaced much of Albania’s earlier architecture. Fortunately, two UNESCO-designated World Heritage Sites honour the traditional Albanian architecture in the cities of Berat, Gijirokastra and Butrint. Berat boasts a thirteenth century castle, several Byzantine churches and a series of mosques dating from the Ottoman era. Much of the architecture of Gjirokastra also exhibits an Ottoman influence. At Butrint, you can view ruins from each period of the town’s development, including Greek, Roman, Byzantine and Venetian eras.

Despite their poverty, Albanians are exceptionally generous and hospitable. Weddings usually involve copious amounts of meat, washed down with Albanian raki, an alcoholic beverage. It is still a tradition in Albania for the bride’s family to give the groom’s family a dowry/gifts. The tradition varies from region to region, but the gifts usually are like blankets, pillows, carpets and pieces of furniture.
Read more

Rural folk music is popular in Albania, passing teachings across the generations. There is a traditional dance in each region like: Vallja e Shqipeve, Rrajca, Devollice, Vallja e Katjuskes.
Read more

Albania’s national museums hold unrivalled collections of Illyrian silver, Byzantine icons and Socialist Realist art. Traditional costumes and household items can be found not only displayed in ethnographic museums, but in daily use throughout the country.
Read more